I) Chamber Music and Solo Sessions led by Steven Dann, Richard Lester, Finghin Collins & Benjamin Bowman
The Solo and Chamber Music Session offers a unique opportunity of not only gaining inspiration but also working alongside the guests.
If individual tuition with one of the visiting guests is wished for, students are encouraged to bring music with which they are comfortable. Please apply soon!
The participants will be encouraged to receive tuition with guests regardless of their instrument. So for example a cellist is welcome to play for a guest violinist or violist.

- For this session once it is known the number of participants the music will be chosen to best suit the participants needs.

Each day will culminate with participants and their families being offered free entrance to the concert at Esbjerg International Chamber Music Festival.
For participants and families - The conferencier Jesper Lützhøft will give a fun and colorful concert introduction 30 mins before the concert.
Schedule will be adjusted to accommodate the number of participants.
Those musicians who participate, along with their families will be given free access to all concerts in the Esbjerg International Chamber Music Festival week. 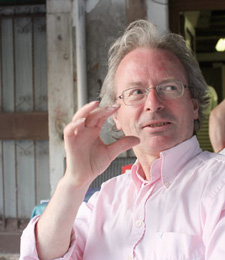 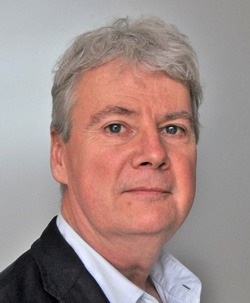 Steven Dann's career has covered a wealth of violistic possibilities. As principal viola of some of the world's leading orchestras, as a veteran of the string quartet and chamber music world, as soloist and recitalist and as a dedicated teacher.
Mr. Dann was born in Vancouver, Canada. Upon graduation from university he was named Principal Viola of the National Arts Centre Orchestra in Ottawa, Canada, a position he has subsequently held with the Tonhalle Orchestra in Zurich, the Royal Concertgebouw Orchestra in Amsterdam, the Vancouver Symphony and the Toronto Symphony Orchestra. He has also served as guest principal of the Luzern Festival Orchestra, the Boston Symphony Orchestra under Seiji Ozawa, the City of Birmingham Symphony Orchestra under Sir Simon Rattle and, in both performance and recordings, with the Chamber Orchestra of Europe under Nikolaus Harnoncourt, Paavo Berglund, Ivan Fischer and Pierre Boulez.
Steven Dann has collaborated as a soloist with such Maestri as Sir Andrew Davis, Rudolph Barshai, Jiri Belohlavek, Sir John Elliott Gardiner, Jukka-Pekka Saraste, Vladimir Ashkenazy, JoAnn Falletta and Oliver Knussen. Since 1990 Mr. Dann has been a member of the Smithsonian Chamber Players in Washington D.C. and was a founding member of the Axelrod String Quartet.
http://www.stevendann.org 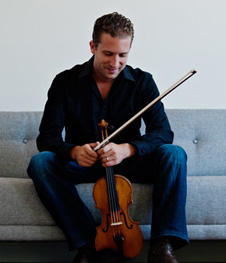 American-Canadian violinist Benjamin Bowman performs to critical acclaim throughout North America, Europe and Asia. Benjamin is very active and engaged as a chamber musician and soloist; he is a member or frequent guest artist for leading chamber music ensembles internationally, including the twice Grammynominated ARC (Artists of the Royal Conservatory), Art Of Time, and Leondari Ensemble. Benjamin was featured on the 2013 Juno-winning album ‘Levant’ and the 2011 Juno-nominated disc ‘Armenian Chamber Music’ with the Amici Chamber Ensemble. Other collaborative work includes extensive immersion in contemporary/new music, improvisation and performance with singer/songwriters. Benjamin is concertmaster of the American Ballet Theatre orchestra in New York.
Bowman’s performances have been recorded for radio broadcast in the USA, in Canada with the CBC, the UK, Poland, Hungary, Switzerland, the Netherlands, Denmark and Korea. His discography includes recent solo and chamber-music releases on the Sony Masterworks/RCA Red Seal, ATMA Classique, and Innova labels. Bowman received his Bachelor of Music degree from the Curtis Institute of Music in Philadelphia.
http://benjaminbowman.ca/ 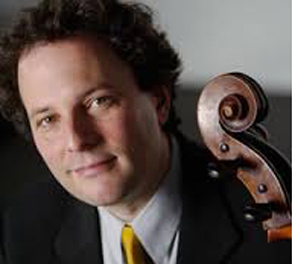 One of Britain's foremost cellists, Richard Lester has earned distinction as a concerto and recital soloist and as an accomplished chamber musician. He is equally at home in period instrument performance and in 'modern' and is associated with some of the finest performers from both fields. Alongside his activities with the Florestan Trio, he is principal cello with the Chamber Orchestra of Europe and the Orchestra of the Age of Enlightenment.

He has appeared as soloist with conductors such as Claudio Abbado, Nikolaus Harnoncourt, Roger Norrington, Paavo Berglund, Myung Whun Chung and Sandor Vegh, and has performed frequently as director/soloist with the Chamber Orchestra of Europe in some of the world's most prestigious venues. In the UK he has played concertos with, among others, the BBC Scottish SO, Scottish Chamber Orchestra and the Manchester Camerata, and is frequently called upon to be guest-leader of the cello sections of the major London orchestras.

Richard Lester was a founder member of the celebrated ensemble Domus, with whom he toured worldwide and recorded most of the repertoire for Piano Quartet. His interest in period performance led him to join Hausmusik, a flexible ensemble performing and recording classical and early romantic chamber music on period instruments. He is a frequent guest with the Nash Ensemble, especially in their series at the Wigmore Hall, and has been invited to take part in many chamber-music festivals around the world, most recently in the USA, Canada, Japan, Italy and Sweden.

Recent highlights include a televised performance of Schubert's Trout Quintet with pianist Andras Schiff as part of the Wigmore Hall's centenary celebrations, and a new, much acclaimed CD release of Boccherini Quintets with the Vanbrugh Quartet.

His recording with Susan Tomes of the complete music for cello and piano by Mendelssohn and a disc of Boccherini sonatas on period instruments, both available on the Hyperion label, have received enthusiastic critical acclaim.