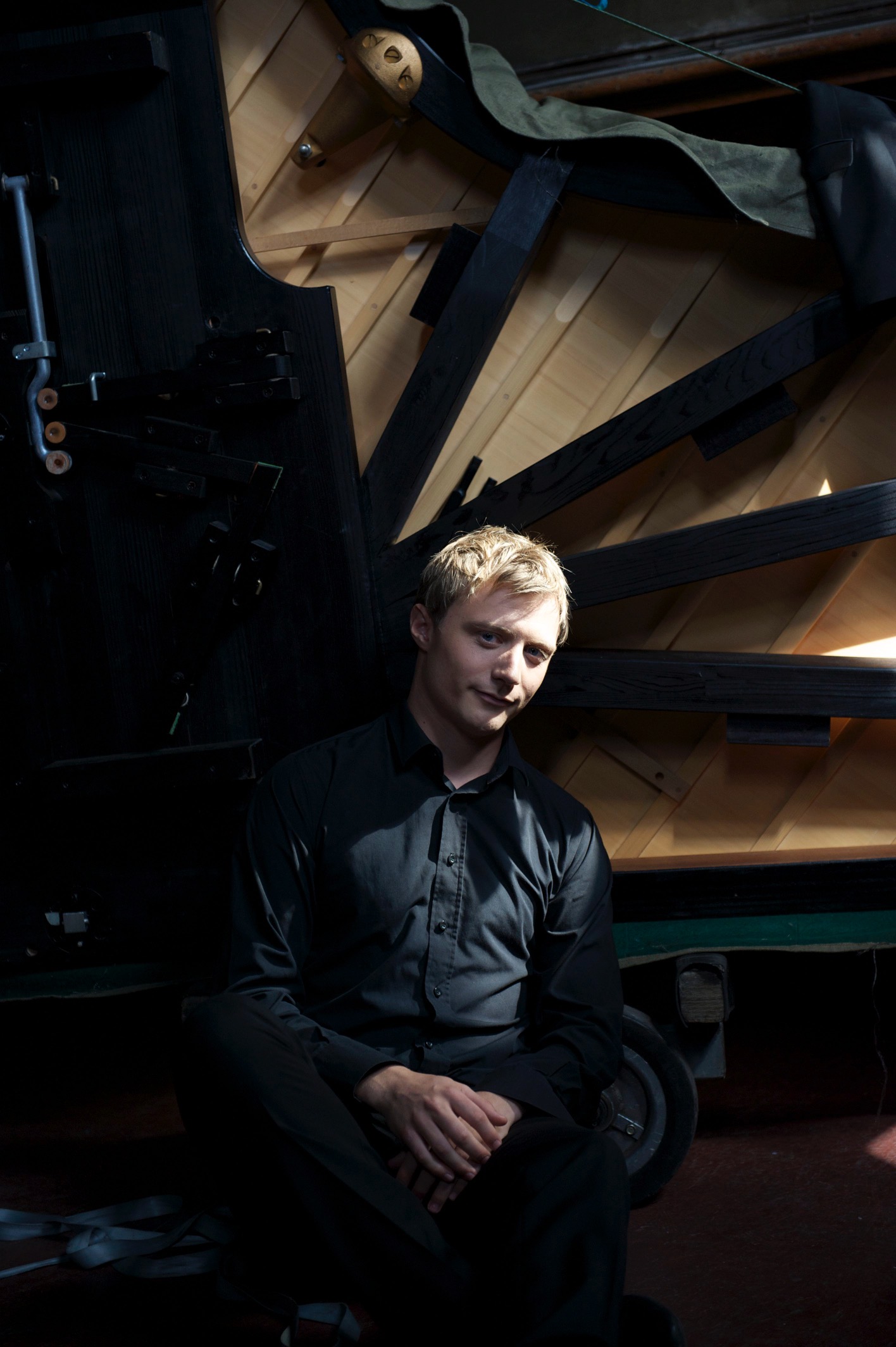 Kristoffer Nyholm Hyldig made his debut concert in 2010 from The Royal Danish Academy of Music with Professor Niklas Sivelöv and Tove Lønskov. He is very active in Danish music life and he frequently plays for music societies and at festivals both as a soloist, chamber musician and accompanist. In addition he has been giving concerts in Italy, Germany, Poland, France, England and Carnegie Hall, New York.

He has performed with orchestras conducted by among others Michael Schønwandt, Jean Thorel and Michael Boder and his recordings includes Messiaens complete songs for soprano and piano on Naxos. Hyldig has been discovering Messiaen’s music and has several times performed the extensive piano work Vingt regards sur l’Enfant-Jésus and the Turangalîla Symphonie with The Royal Danish Orchestra.
Kristoffer has been awarded many prizes, including the Jury’s Special Prize in the EU piano competition in 2009, Jakob Gade Scholarship, Léonie Sonning Music Foundation Scholarship and recently the Danish Music Critics Reward. He has also taken part in several Zentropa produced movies both on soundtrack and on screen, and made recordings used in plays at The Royal Theatre in Copenhagen.