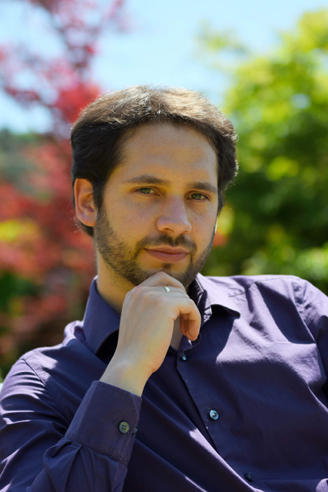 Bálint was born in 1988 in Gyor (Hungary), where he began his musical studies at the age of six. In 2006 he was admitted to the Franz Liszt Academy in Budapest.

After graduating in Hungary, Bálint continued his training at the Conservatory of Lausanne (Switzerland) with Gunars Larsens, the Irish World Academy of Music and Dance on a 'RTÉ Lyric fm' scholarship with Mariana Sirbu and Bruno Giuranna, and the 'Hochschule für Musik und Theater Mendelssohn Bartholdy' in Leipzig (Germany) on a 'Brot für die Welt' scholarship, where he completed his Master’s Degree with highest distinction.

Bálint has also appeared as a soloist playing C. Saint-Saens Concerto No. 3 and L. V. Beethoven Triple Concerto with the Philharmonic Orchestra of Győr. Bálint is a member of the Idomeneo Quartet, the Duo Váray-Sorozábal and leads the 2nd violin section of the Orquesta Clasica Santa Cecilia Madrid.