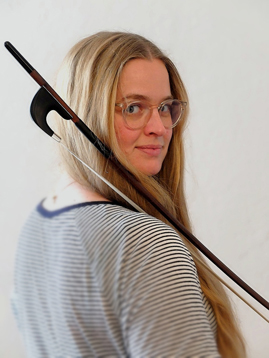 Kristina is a sought after bass player and chamber musician in Germany, and has also been working as a principal double bassist in orchestras such as the Philharmonisches Orchester Kiel and the Neue Philharmonie Westfalen. She plays regularly with new concept chamber music groups and festivals such as the Podium Festival and Orchester im Treppenhaus, and is a member of the Kaan Bulak Ensemble. When in Sweden, she enjoys sailing and arranging folk music as well as classical music for the family orchestra Edin Consort.