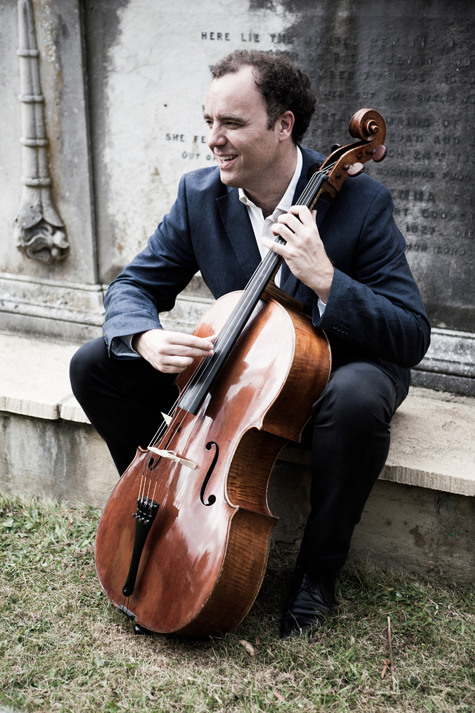 Born in London in 1976, Adrian Brendel studied at Winchester College, Cambridge University and with Frans Helmerson at the Cologne music conservatoire.

His other important teachers have included Alexander Baillie, Miklos Perenyi and William Pleeth, with whom he developed a strong attachment to the chamber music repertoire from a young age. He attended masterclasses with members of the Alban Berg quartet and Gyorgy Kurtag and was also a member of the Chamber Music Society of Lincoln Center’s prestigious CMS2 scheme for two years from October 2002.

He is a regular participant at the Aldeburgh, Cheltenham and Oxford festivals; the International Musicians Seminar at Prussia Cove; the Rheingau and Mecklenburg Festspielen; Berliner Festwochen, and the Schubertiade in Schwarzenberg, Austria. Adrian Brendel has performed extensively throughout the UK and abroad as chamber musician and soloist, appearing in such diverse venues as the Berlin Philharmonie, Zollverein Essen, Teatro Colon Buenos Aires, and the Wigmore Hall, where he made his debut in 1999.

He has worked frequently with Imogen Cooper, Paul Lewis, Till Fellner, Daniel Hope, Lawrence Power and Katharine Gowers, and has a regular duo with pianist Tim Horton. He has also recorded for radio companies across Europe including BBC, ORF, NDR, WDR, Sudwestfunk and Deutschlandradio.

The last few years saw the culmination of his close musical relationship with his father Alfred Brendel. Their much heralded Beethoven Cello Sonata recordings for Philips were chosen as the top recommendation on BBC Radio 3’s ‘Building a Library’ programme.

In the 2007/8 season, he gave further concerts with Lisa Batiashvili and Till Fellner across Europe, recitals in the UK with pianists Nicola Eimer, Tim Horton and Till Fellner and appearances at Schleswig Holstein Music Festival and at Bath Festival with the Elias String Quartet.

Adrian Brendel is co-founder of 'Music at Plush', a summer music festival held every year in Dorset, South-West England.