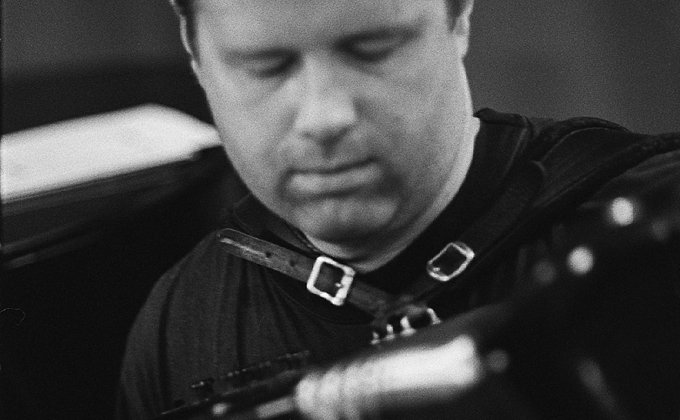 Frode Andersen was born in Askøy, Bergen in Norway, and trained at the Royal Danish Academy of Music in Copenhagen, Denmark. As solo and chamber musician, Andersen has performed all over Scandinavia, Europe and the United Sates in concert series and festivals such as ULTIMA in Oslo, Norway, HCMF in Huddersfield, England, and Bang on a Can Marathon in New York City, New York. Andersen’s repertoire ranges from folk music and classical music to experimental improvisations with electronics. His great interest in contemporary music is reflected both in his concert activities and his work as an initiator, administrator, writer and organizer for a numerous events and institutions on the Danish contemporary music scene, including artistic leader of the Esbjerg Ensemble, one of Denmark’s oldest and most respected chamber ensemble. Andersen´s first solo CD trash from 2006, where the accordion meets modern electronics, was nominated for Danish Grammy Award 2006 for “best solo performance”. Danish Composers Guild awarded Andersen their Prize of Honor the same year for his artistic impact and close collaboration with living composers on this album. In 2010 Frode was appointed by the Danish Minister of Culture to the Arts Foundation’s Committee for Music through January 2014. Recent projects includes performances and recording of the 30 min long Songs and Rhapsodies for woodwind quintet and accordion by Poul Ruders for Bridge Records, Alnitak for 50 music boxes and 50 accordions by Jexper Holmen and Frode Andersen for the KLANG Festival in Copenhagen, and a soloist piece with the Jutland Symphony Orchestra and Astor Piazzolla.