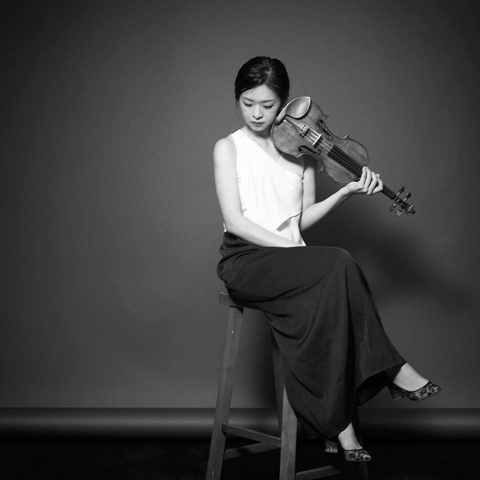 Young Yoon was born in Seoul, and after having begun early studies at Seoul National University of the Arts, left her hometown at the age of twelve to study with Zakhar Bron, and later with Rainer Schmidt of the Hagen Quartet.

Early success in Competitions such as the "Young Wieniawsky Competition", the "International A.Curci Comeptition" and the "Franz Schubert and the modern music competition" resulted in numerous important concert engagements in Asia and Europe. Yoon's passion for chamber music led her to collaborate with artists including Menahem Pressler, David Geringas, Laszlo Fenyo, Dong-Suk Kang, Kuss Quaret, among others and has taken her to Festivals such as the "Seiji Ozawa Academy", the "Seoul Spring Festival" and the "Tongyeong Festival".

Currently she is member of the Pro Arte Chamber Ensemble Seoul, Trio Pharos and artist of Artsylvia Foundation Korea.

Yoon performs on the 1744 Carlo Bergonzi.