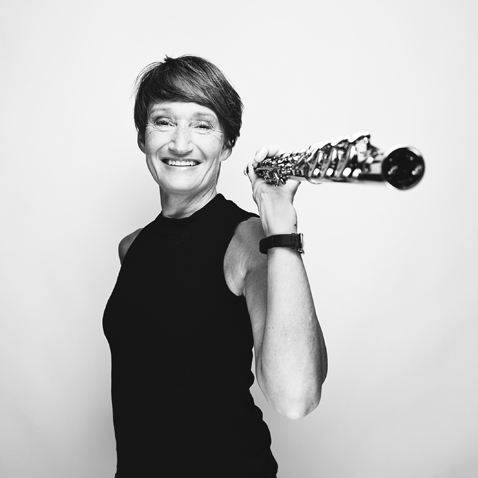 Kerstin Thiele has been a member of Esbjerg Ensemble since 1986.

“It was a bit of a coincidence that I started playing flute. My sister and fatherplayed in the local brass band and they needed a flute player, so that position was just for me.”

Kerstin is a member of the board, appointed by the other musicians. Kerstin Thiele studied with solo flutist Toke Lund Christiansen at the Royal Danish Academy of Music and with Professor Andre Jaunet in Zurich.

Besides being a member of Esbjerg Ensemble, Kerstin Thiele participates actively in the rest of the music scene at home and abroad, and she is also a teacher at South Jutland Academy of Music.